The London Woodwind Orchestra is an 18-piece chamber orchestra of flutes, oboes, clarinets, bassoons and saxophones featuring principal players from the UK's leading orchestras. The LWO gave their debut performance on 23 April 2016 at St John’s Smith Square. It was a landmark event being the first ever concert given by a professional woodwind orchestra. 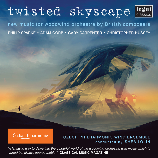 The woodwind orchestra is an ensemble and genre that is virtually unknown to the musical world. The concert will feature live performances of works from the Twisted Skyscape album along with a new work.

The two founders of the London Woodwind Orchestra are composer Christopher Hussey and conductor Shea Lolin. They began working together in 2007 and have developed the woodwind orchestra as a musical genre. 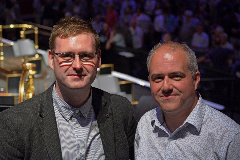 Together they produced an album, Twisted Skyscape, in March 2014 with the Czech Philharmonic. This was released on 17 July 2015 to coincide with the First Night of the BBC Proms season, which featured the world premiere of Dadaville by Gary Carpenter, whose work Pantomime features on the album.

More details are available on the Twisted Skyscape website>>

Read more about the Principal Conductor>>

Read more about the players>>

Learn how to support the LWO>>

Find more about the players>>

Get social with us.